There are collections that are created following careful analysis of the market, the evolution of trends in furnishing and design or from the depth and articulation of an existing collection. Other times, however, all that is needed is a fortuitous or chance meeting, an attraction to trigger something that is extraordinarily inspiring. 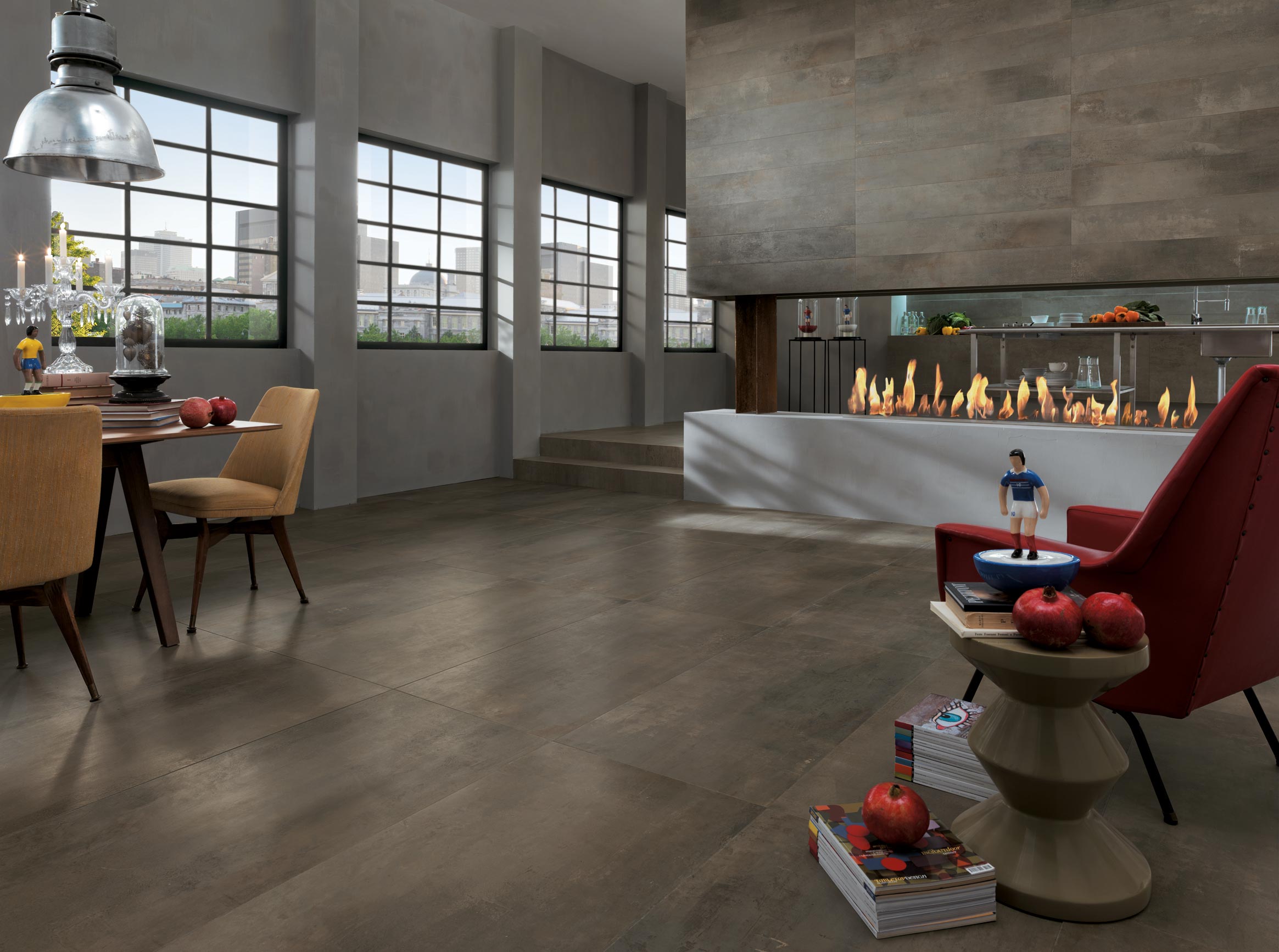 Petitot, the coloured in body porcelain stoneware tile collection that Novoceram will launch at Cersaie 2015, the International Exhibition of Ceramic Tiles and Bathroom Furnishings, certainly falls into the second category.

Why then, such an unusual name, Petitot, for a ceramic tile collection? The word doesn’t have its origins in some exotic language, nor is it a clever play of words, nor the result of a brainstorming meeting of a stressed out marketing department: rather, it pays homage to an artist who is too often misunderstood and who, from the very start, we believed was second to none when it came to embodying the style, the character and the aesthetics of Novoceram.

Architect, painter, draftsman, engraver, decorator, designer, landscape architect, the eclectic and volcanic activity of Ennemond Alexandre Petitot is the epitome of one of the most interesting experiences of the Decorativism of the eighteenth century thanks to his tremendous imagination and the supreme elegance of his innovative style. The era in which he lived is reflected in the great quantity of his works and these highlight the exceptional and distinctive characteristics of his personality.

The first encounter was a casual but crucial one: an article in an old art magazine on “Suite de Vases”, a collection of engravings, published in 1764, in which Petitot attempted to demonstrate creativeness and inventiveness by human figures, animals, festoons, classical architectural elements to create a collection of stunning vases.

We were struck by the way a single artist was able to unite a work of surprising originality and elegance, an incredible abundance of elements and references, but also of various arts, without losing control of the whole, and never getting distracted by free flowing virtuosity. Curious to learn the identity of this mysterious author, we discovered, much to our surprise, that he was not only French, but also from Lyon, the city where Novoceram is based – and that he experienced much of his success in the Court of the Bourbons, in Parma, just a stone’s throw away from the headquarters of Novoceram’s Italian parent company: the Gruppo Concorde. That was all we needed to completely satisfy that sense of predestination that initially struck us. In the gallery of one of those buildings designed by Petitot, we found some old, antique Boiserie panelling that immediately seemed the perfect inspiration for a new collection: the numerous layers of varnish, layers that had been removed and restored, had made the overall aspect of the original wood completely unrecognisable, transforming it into indefinable surfaces. 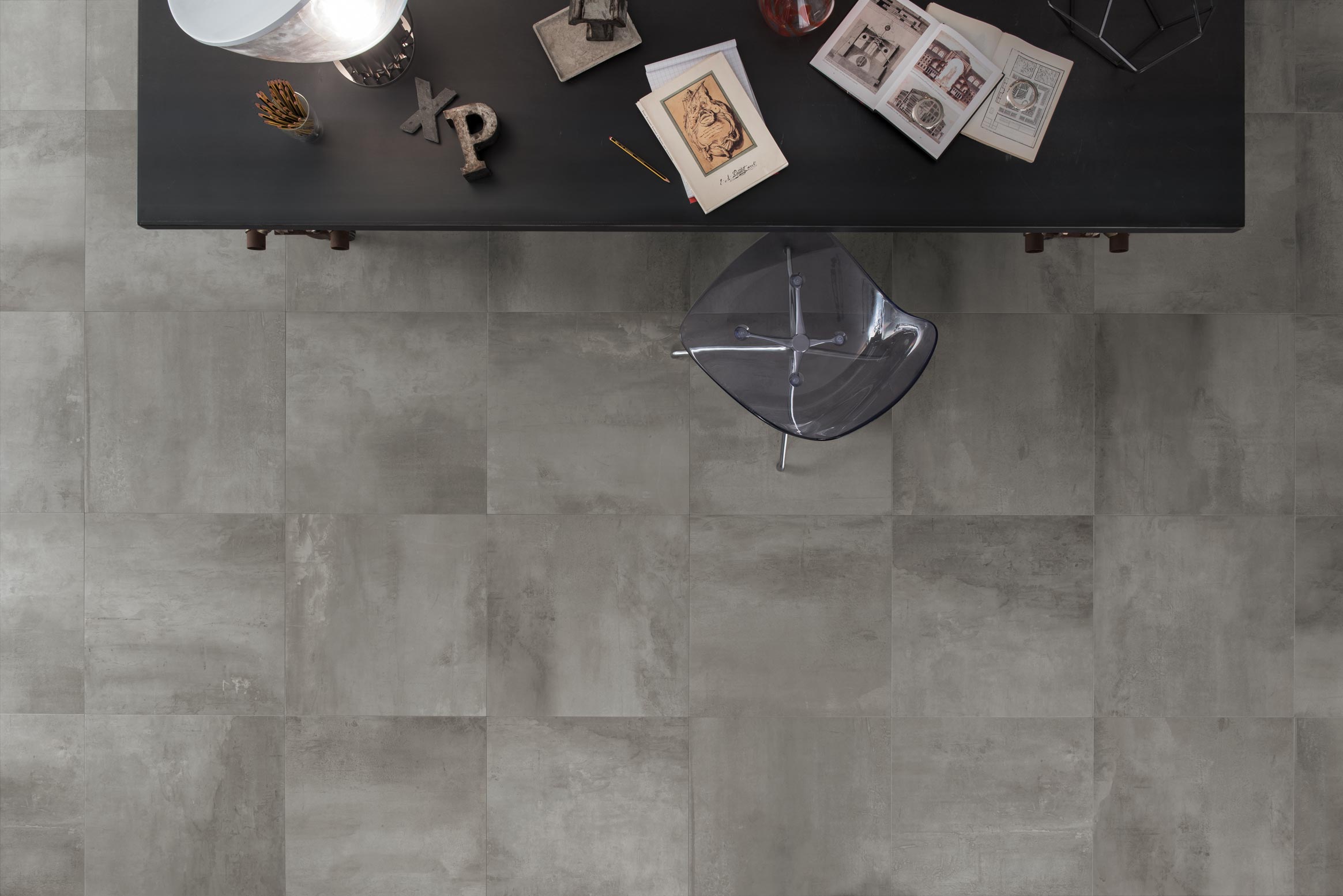 The product that is inspired by them can evoke the plaster, the cement or the metal, depending on what part you are looking at, or (more easily) the predisposition of the mind of the observer. In reality, both are part true, and also a lot more: a new material, created almost by chance, that – just as in the works of Petitot – unites a never too excessive aesthetics, the contribution and the wealth of innumerable differences. He – we hope – would have been pleased.

A reference, a much more direct tribute is in the “Affresco” insert, where the ornamental graphic elements of the designs of Petitot – appropriately magnified – have been reproduced directly onto the tiles as a wall cladding, via a graphic treatment that evokes the frescoes discovered under a layer of plaster that had been removed.